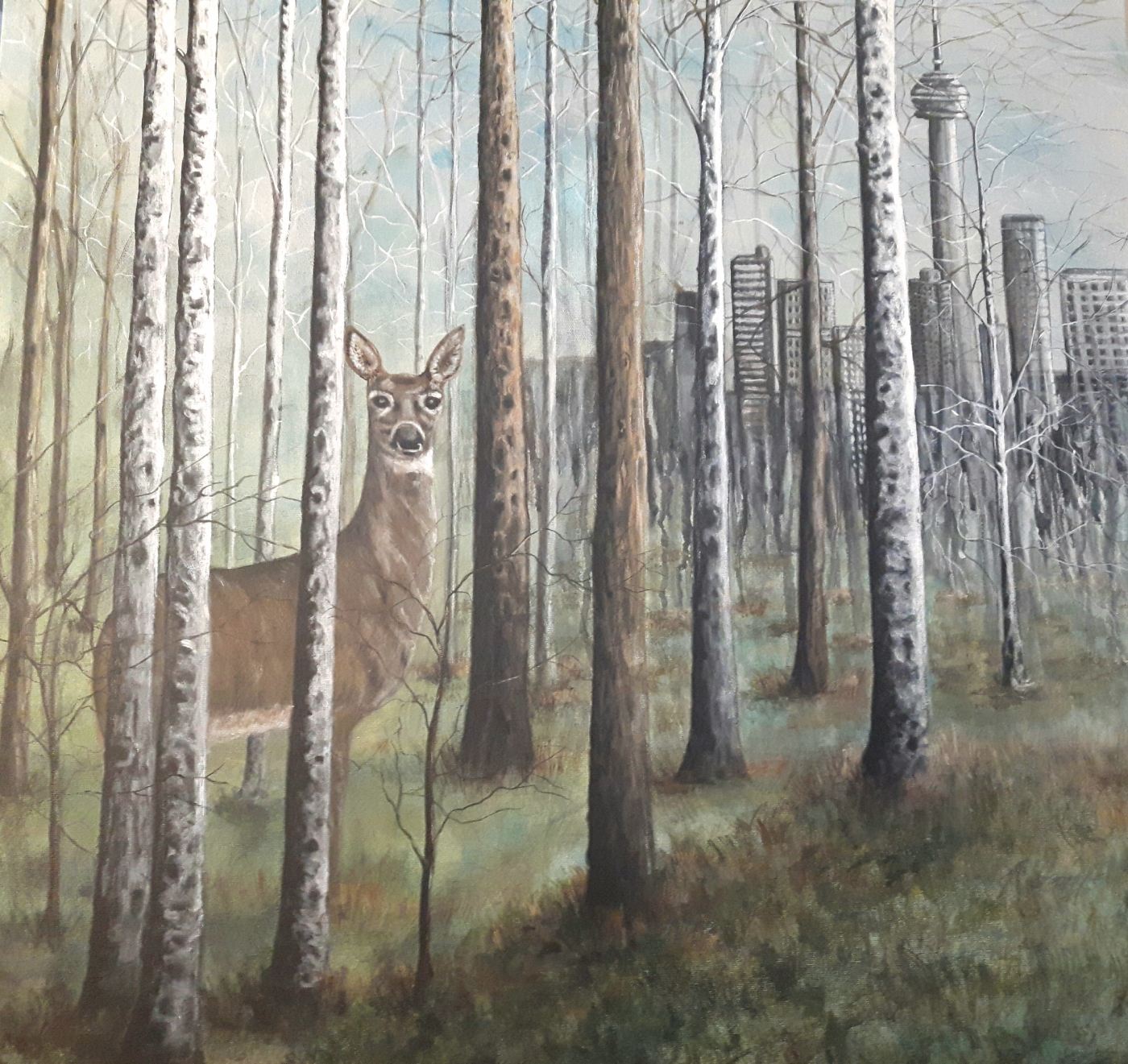 I had an opportunity to go into the city to see a show at the WAAC(http://www.womensartofcanada.ca) where some of my paintings were on display.

I live outside of the city and find driving to the city very stressful but whenever I do venture to Toronto I always enjoy it so much. There is so much to do and so much to see. Galleries, parks, sports, concerts, restaurants and cultural events, always something going on. A wonderful place to visit.

While driving on the Don Valley the traffic was stopped for a good five minutes just barely crawling along. I glanced over and noticed a deer in the small patch between the highway and on ramp. He was reaching up for a leaf dead on a high branch and was oblivious to the noise and the traffic. I looked and saw hardly any space for this beautiful deer and wondered how it survives. Where does it drink from that is not polluted? Where does it sleep at night and is there enough food for it to survive our winters. He was a fair sized buck and beautiful to look at but I was haunted by him and the thought that these animals are trapped with concrete all around them. How do they escape and how do they survive? I understand we need cities for people to survive but somehow has the balance been so lost as the city grows outwards. This sparked a painting in me and will become a series as I see and read more about the trapped wildlife in the city. The first one is named “Oh Deer” 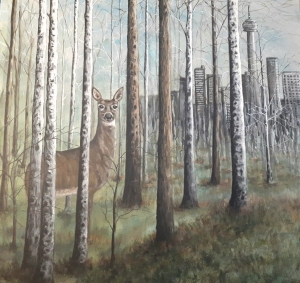 This is one series but another one has been sparked as I also saw so many homeless people in the city. Has the same thing been done to people as the deer. So many questions. More to come

2 thoughts on ““Oh Deer” first in the Cohabitate series”